If you asked the people in my life who know me, they would describe me as confident, independent and outgoing. If you asked my husband or my best friends, they would say insecure, too hard on herself and unsure of her place in the world. As I spent the last year looking at myself and my life, one of the recommendations that was given to me was to write about myself the way someone who truly knows me would. What would they say? How would they describe you? If you were able to strip down all the negative voices bitching in your head, what would your true identity say?

Be kind. I am vulnerable. It would probably be something like this.

April is a 33-year-old Caucasian woman who is small in stature and would be described as having an athletic and thick body type. Standing around 5’2 in height, April’s body structure accents her curvaceous ass and large breasts while standing on solid, strong legs and thighs. Although holding a bit of extra weight in her stomach region, her upper body and legs are muscular in nature and accents her physical strength that would be labelled as above average in a woman her age and size. Although tanned during the summer months, her skin is typically pale in nature but has many freckles and moles throughout most parts of her body. Clumsy by nature, anyone who is paying attention would notice various small scars along her legs, and arms from many trips and falls that she has had over her lifetime. One of these scars can be found slightly to the right of her nose from getting hit in the face with a hockey puck as a child.

Covered in freckles, April does not wear any makeup and along with having a rounded face, she has a significant dimple on the right-hand side of her mouth. Although having a small, less obvious, dimple on her left side, the small stature of her mouth, specifically her upper lip, tends to take the eye away from the left and focus on the large, adorable dimple on the right-hand side. She has healthy skin and except for the occasional pimple, her skin tends to be flawless and something that she feels fortunate to have. At first glance, April has brown eyes but upon closer examination, an observer would notice they can be hazel in color with a freckle being placed within the iris on her left eye. She wears black thick rimmed glasses that suit the structure of her face and give her the appearance of a teacher or an avid reader (both of which she is). Having long, thin brown hair, April tends to wear her hair pulled back in a ponytail. However, on the days that she wears her hair down, it is straight, falls nicely and accents the cuteness of her facial features.

“Her life has thrown her a lot of challenges that would have led most individuals to give up and fall into the depths of despair. “

April has three tattoos that she has gotten to both accent the positive parts of her body, and allow her to feel more confident, but also to hold reminders of the parts of herself that are important to her. On the left side of her lower back, April has a green four-leaf clover that represents the Irish roots of her family. Having a grandfather from Ireland, April has always felt close to that part of her heritage and parts of it can be found in the ways that she speaks or her empathic or intuitive nature. She has a black and gray hummingbird on the inside of her right forearm with the words “proud of you” in her grandmother’s writing underneath. She got this tattoo following the death of her beloved grandmother and adding the written words is a direct reminder to herself that she does, and will continue to do, things that her grandmother would be proud of. Finally, April has a black outline of the Prince Edward Island on the top of her right foot. A proud islander, this tattoo was added to not only inform others of where she is from, but to remind her that she will always have a home by the ocean, and when feeling overwhelmed or upset, she needs to find some water.

April’s attractiveness as a woman is accented by her outgoing and talkative nature, making the people around her feel listened to and respected. She is flirty by nature and enjoys social interactions where she can joke around or pick on people. She has an insane level of intuition and compassion and she can both use that effectively in her work as a social worker but also as her ability to be an excellent friend. The people in her life who know her well would state that she is loyal, authentic and honest and always follows through on her promises. Although sometimes too loud at times, April has a fine balance of being both an extrovert and an introvert. She enjoys spending time in small groups, or with the people closest to her, but also requires time alone to recharge her emotional wellness to offer the support she does for the people she loves. April gets huge satisfaction in individualized hobbies such as reading, cross stitching or listening to music, but also enjoys being out in nature and spending time exploring and trying new things. 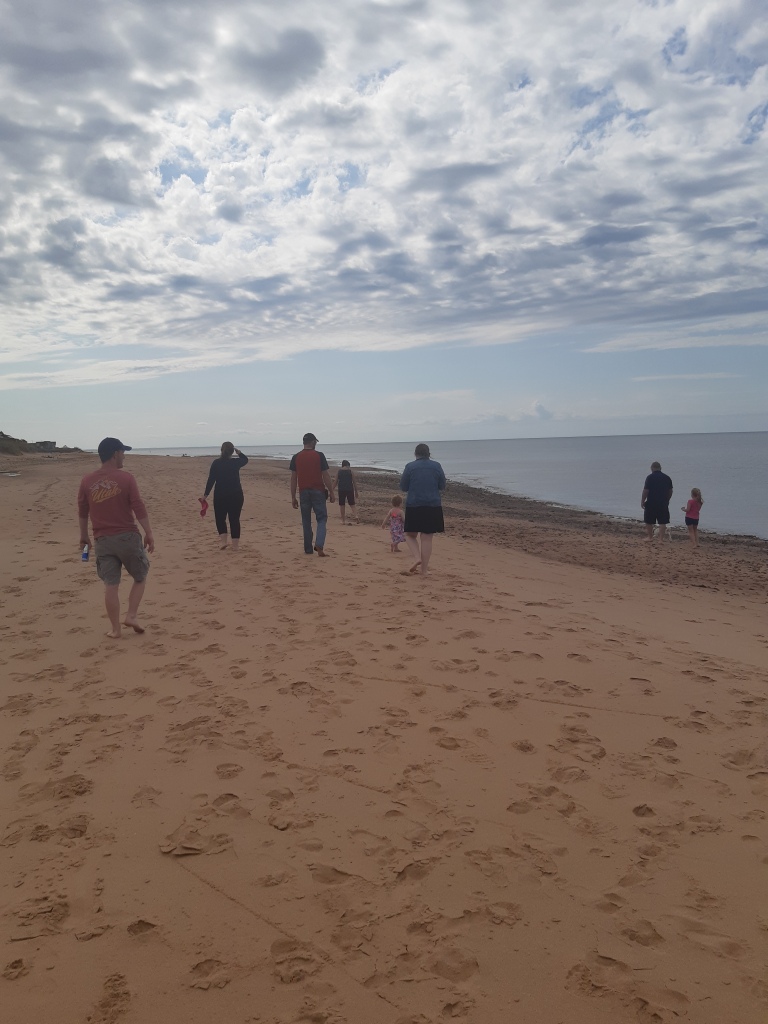 April’s ability to make emotional connections is powerful and when she cares for someone, whether her husband, friends or family, she loves deeply and within pause even if she puts her at risk of being hurt. She has been hurt in the past, mainly by men, and it has left some scars on her heart that she is still trying to process and move on from. She has a hard time controlling her anger and frustration with people who are inconsiderate and entitled and needs to yell or rant to let things go. Although presenting a brave and confident persona, April is uncomfortable with being vulnerable and others seeing her as emotional. However, she is willing to admit that this is an area that needs room for improvement and she is working on feeling her emotions and acknowledging when she needs some outside support. April tends to be too hard on herself and has expectations that are unrealistic. By having this mentality, April will sometimes forget how many assets she has to offer the people around her and will only notice it when pointed out by the people who love her.

April is a fierce individual. Her life has thrown her a lot of challenges that would have led most individuals to give up and fall into the depths of despair. Instead, April tends to face obstacles with bravery and optimism and tries to use what she learns to both further her sense of self, as well as for her impact on others around her. April is compassionate towards others and at times can pick up on how someone is doing just by a look or a two-minute conversation. She has a great sense of humor and will use jokes or lightheartedness to ease tension or make someone re-evaluate their negative thinking. April may judge people harshly sometimes, but she is also opened to seeing different sides of arguments and is willing to learn the different and important nuances of human interactions. She has a stubborn streak and can be a know-it-all at times which can be frustrating for the people in her life, but she also uses that stubbornness to not give up on loved ones, even when they may be making decisions that are not healthy.

In her work, April is a force to be reckoned with. She can advocate strongly for the downtrodden while also teaching them boundaries and skills that allow them to eventually advocate for themselves. Her time management and organizational skills are unmatched and she utilizes these skills to go above and beyond what is expected within her job description leading to higher success rates and more growth in her clients. Although she can sometimes become too invested in client’s life choices, her directness and loyalty show individuals ways in which she can support their goals of success. April can utilize her interpersonal skills to make other professionals feel supported while learning and growing her own self knowledge to ensure she can offer the most concrete resources for those who may need it. She can be a hard ass and has high expectations for clients, but she is also forgiving and understanding when barriers lead them to have obstacles or setbacks. April generally just cares for her clients, and for the people in her personal life as well.

“How your love yourself is how you teach others to love you.”

Most important of all, April is resilient. She can be negative in her thinking, frustrated in her exploration of her emotions and impatient at times with people who do not meet her expectations, but she is also strong. Strong in her desire to be a better person. Strong in her desire to feel attractive as a woman and becoming more comfortable in her skin. Strong in her relationships and building greater emotional connections with the people around her. Strong in her ability to look at herself as a whole person and begin to treat herself with the same level of empathy, understanding and compassion that she does everyone else she encounters.  Finally, April will be strong in her ability to hear the positive feedback from the people who love her and BELIEVE it when they say she is an asset to their lives and anyone is lucky to know, and love, her.